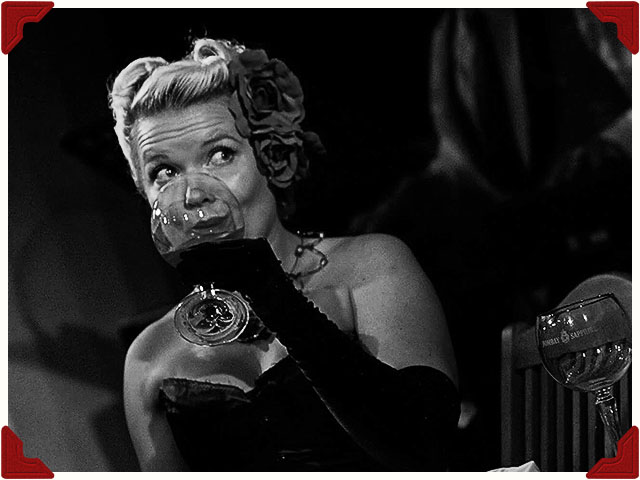 Truly DiVine has been singing her heart away since she discovered her voice at age 13. In her teens, this Dutch Lady covered tunes from the musicals of stage and screen and the latest hits in pop and rock. Truly slowly but surely wiggled herself into the world of Jazz and Blues when she moved to Dublin in 2004.

Truly DiVine played gigs around Dublin with a variety of its finest musicians for five years, and since 2009 she has broadened her world to include the Burlesque and Cabaret Scene. With the IndulGENTS, Truly swayed people’s hearts with her sassy, sexy jazz and blues tunes at various residential gigs, and at the monthly Burlesque and Cabaret Social Club from its start in 2009. In 2010 Truly became part of the Bugle Babes – a 40’s style harmony group based on the Andrews Sisters. Together with Derby Browne and Eileen Coyle, Truly traveled the country to bring the pre-war musical years back to life whilst swaying her hips in seamed stockings and high heels.

In 2013 Truly began producing her own intimate musical shows. The first of these, “Burning Love”, is based on quirky though hot female stories and songs. “Burning Love” is ever evolving to create a new night out for audiences. The other two shows are based on the life and songs of movie icons Marlene Dietrich and Doris Day. All three shows are running on a regular basis on Dublin’s Arthur’s Pub on Thomas Street, and are planning to go on the road soon!

Truly also likes to add herself to her friends’ projects! She is still a regular voice at the Burlesque & Cabaret Social Club; she regularly performed with rockabilly band The Pavement Kings; she starred in a theatre production by Company D in Dublin in 2013; she has had the lovely experience of swaying the audiences of The Caca Milis Cabaret shows in Wexford and Dublin; and she added her voice to the alternative-folk-vaudeville band Saint John the Gambler, with whom she played at the Electric Picnic in 2013.

Technically, there is not much that Truly doesn’t dip her toes in, but whatever it is, you’re sure to see it with power, hip shakes and a sassy red-lipped smile!